On Death and Dying 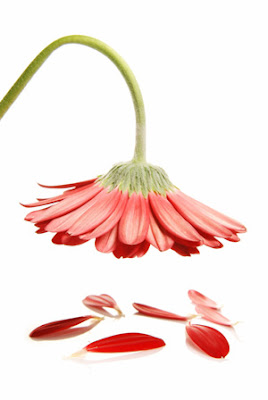 A couple of months ago I was taking a Life Cycle Psychology class when we covered death and dying. We discussed the Terri Schiavo case, and it caused me to bug Joel again about his living will wishes. He's never written one, and wouldn't do it for me six years ago when I was making mine. The class has caused me to reflect on my life a bit and maybe make some decisions differently based on new thoughts, feelings and ideas.

Today a friend, on facebook, posted a link to an insightful article by Bronnie Ware about the regrets of dying people. I thought I would share them here (along with some of my mental notations).

REGRETS OF THE DYING


For many years I worked in palliative care. My patients were those who had gone home to die. Some incredibly special times were shared. I was with them for the last three to twelve weeks of their lives.
People grow a lot when they are faced with their own mortality. I learnt never to underestimate someone's capacity for growth. Some changes were phenomenal. Each experienced a variety of emotions, as expected, denial, fear, anger, remorse, more denial and eventually acceptance. Every single patient found their peace before they departed though, every one of them.

When questioned about any regrets they had or anything they would do differently, common themes surfaced again and again. Here are the most common five:

1. I wish I'd had the courage to live a life true to myself, not the life others expected of me.

This was the most common regret of all. When people realise that their life is almost over and look back clearly on it, it is easy to see how many dreams have gone unfulfilled. Most people had not honoured even a half of their dreams and had to die knowing that it was due to choices they had made, or not made.

It is very important to try and honour at least some of your dreams along the way. From the moment that you lose your health, it is too late. Health brings a freedom very few realise, until they no longer have it.

This would probably be one of my biggest personal regrets as well, and I would worry that telling people this would hurt their feelings. Although, now that my mind is clearer than it was before medication, I can see that even though I am trying to live how others expect me to, this is a righteous thing. I know that my husband and my parents have righteous expectations of me. If I were to do whatever I wanted, I'm sure it would not be the best thing for me, my children or them, and I would only be selfishly serving myself. And that is not how we are supposed to be.
Enter internal conflict: I have only this life. This one life to live only once. If I am not happiest living it the way everyone else thinks I should- even if it's good- is it worth it? Is that fair to me or them?

This came from every male patient that I nursed. They missed their children's youth and their partner's companionship. Women also spoke of this regret. But as most were from an older generation, many of the female patients had not been breadwinners. All of the men I nursed deeply regretted spending so much of their lives on the treadmill of a work existence.

By simplifying your lifestyle and making conscious choices along the way, it is possible to not need the income that you think you do. And by creating more space in your life, you become happier and more open to new opportunities, ones more suited to your new lifestyle.

At this point, we do need to work as much as we do. We have four kids, no insurance and doctor bills up the wazoo. I wish we could get by with less, but it's just not possible right now. Every penny counts. I guess we will have to enjoy our grandkids more than our own kids. *sob*. I do think that maybe I can make improvements on this by choosing less housework and by taking more time to play. I'm glad I am going into a field where I can take summers off to spend with my kids. That IS a plus!

3. I wish I'd had the courage to express my feelings.

Many people suppressed their feelings in order to keep peace with others. As a result, they settled for a mediocre existence and never became who they were truly capable of becoming. Many developed illnesses relating to the bitterness and resentment they carried as a result.

We cannot control the reactions of others. However, although people may initially react when you change the way you are by speaking honestly, in the end it raises the relationship to a whole new and healthier level. Either that or it releases the unhealthy relationship from your life. Either way, you win.

Dang if you do, dang if you don't, is my problem. If I do speak my feelings, I feel that only the positive ones will be accepted and listened to. Nobody wants to hear my negative stuff. The hardest person with this is Joel. I want to be able to share everything with him. But, I feel he takes personal offense every time my feelings aren't positive and when I express them it causes problems and fights. He feels responsible for me and my feelings, though he shouldn't.
I'm not ready for the "releasing the unhealthy relationship from my life" part yet, but I really wish I had a partner I could be honest with and they would accept my bad with my good and not feel that if I have a negative feeling that it's their job to take care of it. I just want someone to listen and understand.

4. I wish I had stayed in touch with my friends.

Often they would not truly realise the full benefits of old friends until their dying weeks and it was not always possible to track them down. Many had become so caught up in their own lives that they had let golden friendships slip by over the years. There were many deep regrets about not giving friendships the time and effort that they deserved. Everyone misses their friends when they are dying.

It is common for anyone in a busy lifestyle to let friendships slip. But when you are faced with your approaching death, the physical details of life fall away. People do want to get their financial affairs in order if possible. But it is not money or status that holds the true importance for them. They want to get things in order more for the benefit of those they love. Usually though, they are too ill and weary to ever manage this task. It is all comes down to love and relationships in the end. That is all that remains in the final weeks, love and relationships.

Meh, me, not so much this one. I would wish I'd kept in touch with more family members, like first cousins, more than friends. Maybe as far as friends go, I would wish I reached out to be a friend to others more than I have. That might be a more accurate statement for me.

5. I wish that I had let myself be happier.

This is a surprisingly common one. Many did not realise until the end that happiness is a choice. They had stayed stuck in old patterns and habits. The so-called 'comfort' of familiarity overflowed into their emotions, as well as their physical lives. Fear of change had them pretending to others, and to their selves, that they were content. When deep within, they longed to laugh properly and have silliness in their life again.

When you are on your deathbed, what others think of you is a long way from your mind. How wonderful to be able to let go and smile again, long before you are dying.

Amen! This is one I am trying to do. I am trying to let go of things that make me unhappy and embrace and do things that I love and enjoy.
I try to be silly and play with my kids, even though it may embarrass them or others, but the other day I got a letter from Jaeden that said, "I love my mom because she is fun." Man, if that doesn't say it's worth it, nothing will.
Life is a choice. It is YOUR life. Choose consciously, choose wisely, choose honestly. Choose happiness.


Regrets of the Dying is soon to be a full-length book, full of personal and inspiring stories about Bronnie's years with dying people. Please join the mailing list, on the contact page, to be advised of its release.
Coming soon in 2011.

Jaeden's comment is priceless. Shelley once said to me, "That's why I love you Mom, you're so dumb!" (I had just made a silly mistake that we were laughing over.) Turbo

Wow, some deep thinking there.
One thing you should know, YOU HAVE a FAN CLUB of family that adores you. I mean, even besides your kids. We out west think you are pretty cool! Your lucky, lucky family!